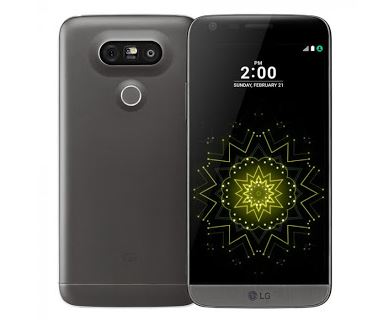 Does the LG G5 have a removable battery? If so, how do you go about the LG G5 battery removal? If you’ve pondered on any of these, then we’ve got you covered.

For starters, this Smartphone’s battery can definitely be removed, but as simple as it may sound, there’s more to it than pulling out a plastic back for a battery replacement.

Even non-users of the phone have assumed that this is not a problem to bat an eyelid.

Nevertheless, when it comes to the G5, the process of retrieving the battery is a bit technical.

It may be complex but not entirely crafted on a rock, and that is why we’ve outlined the simplest steps that will help you achieve this feat.

First off, have it in mind that the nature of its build and the manufacturer’s aim of giving the product a unique design have led to this complexity in structure.

That aside let’s take a quick look at the LG G5 review which will get you started.

About the LG G5 Smartphone

The LG G5 was released in 2016 and touted as a Smartphone with a modular design from the Japanese original Equipment Manufacturer (OEM), LG.

In recent times, it has faced a lot of competition with other devices such as the Samsung S7, HTC 10, LG V20, and the One Plus 3.

Now, that should not come as a surprise in 2019 given that more sophisticated mobile phones are being launched to meet the ever-changing trends in technology.

In comparison with flagship devices in its series such as the LG G6, G4, G3, G2, and Optimus G, this variant’s battery placement is quite unique.

Here, instead of a removable back cover like the rest of its members, the G5 has a sealed-in back cover.

Therefore, a user has to pass through the removable bottom area next to the front speaker in order to gain access to the battery.

The good thing is, there is an easy way to complete this task.

Having known that the LG G5’s battery is removable, how do you remove the battery from an LG G5 in order to replace it?

Simple question, tough answer because there’s more to it than opening the back cover and pulling out its battery as is usually the case with Android phones whose battery are not built-in.

Many have resorted to YouTube or Reddit to ask why the battery has been firmly secured to the base. Nonetheless, we’ll guide you through each step of the way.

But wait for a second, recall that the G5 has a modular design which means that instead of sliding open the back cover, you’ll have to slide out the module of the phone.

As a result, this enables you to remove the battery and replace it with another. In the same vein, you can connect a headset to this opening and other cutouts that have been provided for accessories.

How to Remove the Battery from an LG G5

Here’s the part where we show you how to remove the battery from an LG G5. All it entails is using the LG G5 module release button and following the simple steps outlined below:

READ MORE  Reasons Why Your Business Needs a Mobile App

We may assume at this point that your aim of pulling out the battery in the first place is to replace it, and not really see what it is made out of. Therefore, you’ll need to follow a reverse process while trying to fit in another battery.

To insert a new battery,

Get latest Tech News From Alitech.com.ng

Still uncertain about how to implement these steps, then here’s an LG G5 battery removal video that has been culled from YouTube in order to aid in your practical approach.

Review of the LG G5 Specifications

So, how much do you know about the specifications of your LG G5 Smartphone?

A little, not so much?

Here’s the part where we keep you informed of the features that are providing the phone with the level of performance that it has achieved so far.

In the same vein, you may want to look out for these features if you intend buying the smartphone. Here’s a quick review of the LG G5 features and specifications.

READ MORE  How to Sync Notes from iPhone to Mac

The LG G5 features an IPS LCD screen whose size is considered moderate at 5.3 inches. If you prefer your phone not too big or small, this may go down well with you.

Thus, this makes for a brighter and sharper screen where texts and images are displayed vividly. This display’s features do not come as a surprise because other G series also boasts of the same impressive screen.

The G5’s body, on the other hand, is made of metal, and it can be said to be one of its perks given that high-end devices are reputably known for their metallic build at the sides and glass at the front and back.

It’ll stand the test of time given that it will be susceptible to falls that would’ve easily worn out the build easily. Alternatively, a single volume key has been embedded to the side of the phone, while the other houses the SIM-tray.

At a dimension of 149.4 x 73.9 x 7.7 mm and weight of 159g, this a slim and lightweight device. Coupled with the small screen size, owners of this phone can fit into a pocket or move about with it easily.

Therefore, operate it for hours while watching movies, streaming content, surfing the net, and play graphics-intensive games, and you won’t feel like you have an extra weight to deal with.

LG G5’s most outstanding feature is its modular design.

Wondering what is a modular smartphone?

A mobile phone with a modular design like the LG G5 allows you to remove and add accessories to the phone.

As such, a user is not limited to those that came directly from the manufacturer or out of the box. Although these phones have been in existence for years now, they have not been massively adopted.

Asides from the G5, other devices have emerged in recent times with a modular design and they are targeted at those who may have become fascinated with dismantling their phone.

Some of these are reputable phones which have been rated as the best smartphones in 2019 and they are the Moto Z3, and Moto Z3 Play

In terms of processing power, the G5 boasts of a Snapdragon 820 CPU with a processing speed of  2.15GHz.

The processor as an 800 series CPU places it as a high-end device whose computational power is swift and efficient.

Therefore, for a phone that was released in 2016, this mode of operation is quite remarkable. Its level of operation has also been compared to that of the Samsung Galaxy S7, Xiaomi Mi 5, and Google Nexus 6P.

Also supporting this smartphone’s capabilities is a 4G RAM to aid in seamless multitasking.

Launch several apps, games, web browsers, and even load heavy pages and there won’t be any noticeable lags.

It is also worthy to note that this RAM is larger than that of some PCs which is quite remarkable.

It may also be exciting to know that the inbuilt storage of 32GB offers room for support with the use of a MicroSD card up to 512GB.

Either storage can provide a space that can support large videoS, ebooks, apps, games, and other files.

Great cameras have not also been left out, as users of this device have a dual 16MP+8MP optimized rear cameras and an 8MP front camera to look forward to.

High resolutions bumped into the front and back camera, as well as features such as auto HDR, Geotagging, Paranoma, digital zoom, phase auto-detection, and several others, can ensure that the image quality of your resultant photos is high.

The LG G5 battery specifications show that it is made of Li-ion technology.

Also, its capacity of 28000mAh in 2019 may be quite small, but on comparison with other phones that were launched in the same year, then this smartphone would’ve been a good option from a range of several.

On the other hand, one can easily point out that there has been a slight decrement from the 3000mAh battery of the LG G4 and LG G3 smartphones.

Hopefully, the high-level processor will be able to provide the same level of battery life if not more.

There’s also the Marshmallow’s Doze Mode power-saving feature to look forward to on this model of the G-series flagship.

Based on a real-life test, the battery was able to provide 5 hours and 34 minutes of battery life while the Wi-fi was on and 10 hours and 2 minutes of video playback time.

Connectivity options such as Bluetooth, Wifi, GPS, among several others are layered onto the G5 Smartphone from LG.

Also, this Smartphone supports a fingerprint scanner in order to enhance the level of security over using a password or pattern.

The sensor is mounted on the device’s rear, which means you’ll have to pick up the phone from a desk before unlocking it.

The LG G5 is an impressive Smartphone even in 2019 and that is why a minor problem relating to the battery removal should not change your perception about this phone.

It was built to be unique and stay unique. Therefore, with our guideline on how to remove the battery in the G5, you should be on your way to resolving issues you’ve had.

Now that you know what it entails to achieve an LG G5 battery removal without tools or any great expertise, it’s left for you to give it a try.

We’ll like to give you a helping hand. In the same vein, the specifications of the LG G5 smartphone have been outlined to show you the capabilities of your phone or next potential device.

The video below shows you how it’s done: