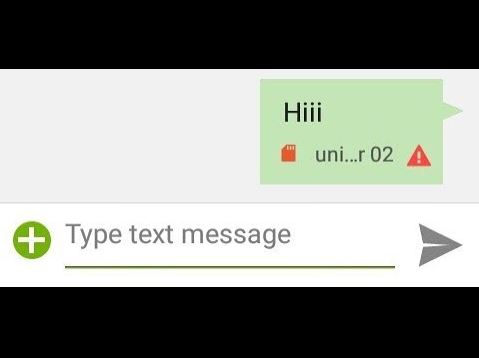 At one point or the other, you may have encountered the problem of text messages not sending on Android.

Whether it’s a mobile carrier like Sprint, Verizon, T mobile, or AT & T you’re using, then we’ll like to believe that the first thing you did in a bid to proffer solution was to pull out the SIM and replace it back.

What happens if that quick fix is unable to restore your phone’s operation to its normal state and others using an Apple Watch, iPad, and iPhone X cannot send messages to your Android, are there other fixes you can try? Definitely!

Should you be bothered that you’re messaging feature has been disabled? Yes!.

Who knows when you’ll need to urgently send a message from your Android phone or Tablet to a friend and you can’t gain access to social media apps like WhatsApp.

Besides, messaging does not require internet connection as is the case of the latter, and so it takes away the limitation of only being able to send messages when you’re in a high network zone.

Why Are Text Messages Not Sending Android

This first step to resolve the text messages not working on the Android issue is not rocket science.

It should not also be neglected since it could be a small error or software issue which can be rectified after a soft reset of the phone through a reboot.

Therefore, go ahead and turn off your phone, on it, and check if the limitation is removed.

If you’re using a third-party application to send messages rather than the default app that came with the phone, then this problem may have just been caused by the buggy app.

Your best bet is to uninstall it and return back to the default one you were using. So, think hard, did this problem occur after downloading a new messaging or keyboard app?

3. Free Up Some Memory Space:

On Reddit and Android central forums, some users have reported that freeing up some memory by deleting photos, videos, apps helped to restore normalcy.

Some, on the other hand, have discouraged clearing of the RAM frequently and claim it can be the culprit behind the inability to transfer messages on Android.

The cache memory of every app of your phone temporarily holds the application’s data in order to ensure that processes are carried out speedily.

However, clearing the messaging cache can do a lot in resolving this issue. Thus, you can clear the cache memory by:

And it’s as easy as that! Was this able to resolve the issue in your case? If not, there’s a lot more you can try.

Force stopping an application allows it to exit completely and thus, it stops taking up the RAM space while it is not in operation.

Therefore, the same logic can be applied to get the messaging app working again by stopping its operation and letting it relaunch again. To do this, you can follow the simple steps outlined below:

After these steps, you can go back to the messaging application on your Android and then relaunch it to check if the error has been fixed. If it hasn’t, then there are more solutions.

Yes, we’ve got more fixes up our sleeves and ones that can bail you out.

This time is by changing the message center number in the settings of the phone itself.

The message center number (SMSC) helps in sending and receiving messages and its mode of operation can be likened to an Access Point Name (APN).

For Android Users on 4G:

The same steps can be applied on a 3G network on Android and Lumia phones in order to change the message center number.

Keep in mind that this number (+447782000828) is not for all service providers but for only the people’s operator carrier. As a consequence, you may want to search for that of your service provider to make the changes.

This should be the least preferred method to apply, but given that almost all the steps proved abortive and you’re still in need of the messaging feature of your phone, then there’s very little you can do at this point than to reset the phone.

But before you proceed, you’ll have to back up all your contacts songs, videos, movies, pictures, ebooks, and other files that are of the essence to you. You can then follow the steps below on how to factory reset on Android:

This is a fix that will get your phone working again and not at the expense of your files if you have taken time to back them up before restoring your phone to default.

Other solutions to problems to resolve the message problem are:

If you’re using the Galaxy S6 and you’ve noticed delays or a couple of hours wait before receiving SMS and MMS, then this might be a thing to concern yourself with. This could happen occasionally depending on your network signal as such, it may not really be a firmware problem. However, your best bet would be to contact your service provider if it persists.

Galaxy S6 not Receiving Photos and Videos from iPhones

Another issue that has been reported is the inability of the Galaxy S6 to receive photos and videos from iPhones.

Others have complained of iPhone text messages not sending on Android and there is a simple solution for this. First off, the difficulty in sending these messages can be attributed to the different messaging systems on both operating systems.

While the iPhone makes use of iMessage to send to other iPhones, it becomes impossible for the same to happen on Android because its messaging settings is set to default.

A quick fix that will allow an iPhone to send MMS and SMS to Android is to modify its SMS settings. This can be done by navigating to Settings>>Messages>>Send as SMS.

While this question goes contrary to that of Android text messages not sending on wifi, each can still be attributed to a network problem. However, a factory reset of the smartphone may be able to resolve this problem.

Your phone can be back to normal after following the steps above to resolve the “text messages not sending Android issue”.

The same can be said about the difficulties you may find in sending group text messages.

Resorting to Facebook, WhatsApp or Telegram may not be the best alternative when you have a fully functional phone whose messaging system would’ve helped you cost the data and battery power.

Therefore, try each of the solutions we have outlined above for text messages not sending or receiving android, and see which works for you.

Moreover, you might be in the right position to help someone else who may not even be using Android, but iPad, iPhone, Fitbit, and much more.

The same can be said about a person using a network like Sprint, Verizon, or AT&T.