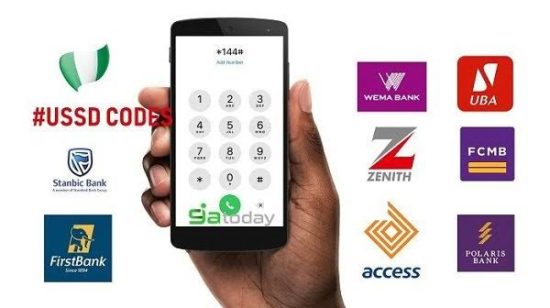 New Telegraph learns that national telecommunications carriers are again planning to cut commercial banks out of the use of Unstructured Supplementary Service Data (USSD). That is also true, given that by the end of May the banks’ service debt had increased to N47 billion. Sources in the business told our reporter the banks that they are not prepared to pay the debt as the service continues.

“The separation of the banks from our USSD platform is inevitable since we have learned that the banks are unable to pay the debt, which currently accumulates over N47 billion every day,” one of the sources said. “They wish to keep making money through our platforms and they’re not prepared to pay.” This is despite the recent speech made by the Communications and Digital Economy Minister, Dr Isa Pantami, that resulted in the suspension of the former threat of telcos disconnecting.

The minister convened a meeting of mobile network operator representativas, Nigeria Licensed Telecoms Operators Association (ALTON) as well as the Nigerian Telecommunications Companies Association (ATCON), banks (represented by the President, the Body of CEOs of the Bank) and regulating sectors, Central Bank of Nigeria (CBN), and Nigerian Communica, to address this issue on March 15, 2021. (NCC). A declaration made after the meeting stated that “Effective March 16, 2021, USSD services are charged at a set rate of N6,98k per transaction for financial transactions at DMBs, and for all CBN – licenced institutions.

This changes the present structure for each session, ensuring that the average consumer cost is substantially cheaper to increase financial inclusion. Specifically, the current debt, which was then put at N42 billion, was co-signed by the Chief of Corporate Communications, CBN, Osita Nwanisobi and Director of Public Affairs, Dr Ikechukwu Adinde, as saying: ‘A settlement plan to settle outstanding payments in a transaction is as transparent and guarantees that the amount remains the same regardless of the number of sessions per transaction.’

“After the meeting, nothing changed. The USSD platforms are still being used by banks without paying, and debts continue to rise. “We can’t go this way, so we decided to break the banks off. We’d really cut them off this week, but the NCC had urged us to keep them,” a telecoms operator official stated. In the meanwhile, many weeks following the joint meeting, the banks were said to be not indebted to any telecommunications provider. “There’s no responsibility from banks to telecoms,” was stated as having been remarked at an investment call in Lagos by Chief Executive Officer of Access Bank Plc, Herbert Wigwe.

“We elected not to make a public comment because the battle with the telcos in public is not suitable for us,” he continued. From 15 March 2021, the telcos had already threatened to disconnect the banks leading to the suspension meeting. The telcos had stated in their umbrella statement that the discontinuation of the service became necessary, given that banks refused to pay their bills. the association was responsible for licenced telecommunications operators in Nigeria (ALTON).

“With the most important Financial Ser-vice Provider (FSP) debtors effective on Monday, March 15, 2021, our Members initiated a phasing-out process for USS Dollar services. We encourage our customers to explore with their banks alternative methods while the withdrawal of USSD is in place,” ALTON stated in a statement signed by its President, Engr. Adebayo Gbenga. According to Adebayo, the NCC’s pricing model for USSD services for Nigeria has been modified for more than eight months.

The technique, he stated, specifically regulated the charge to the final user by mobile network operators for the services and mandated the banking sector to negotiate to satisfy remaining commitments and to agree on the implementation of individual price mechanisms. “During that time, mobile network operators kept providing access to USSD infrastructure and, despite the fact, that USSD bonds from banks to telecomanies were in excess of N42 billion, our members have continued to pay all the bank charges and fees for access to banking industry assets and customer services,” said Adebayo in the statement.

Overturning the Narrative of Logistics Challenges in eCommerce