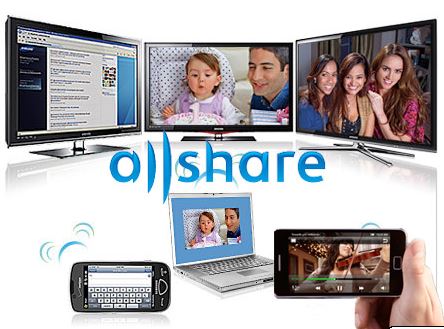 What is Allshare Cast Dongle?

Are you wondering, what exactly is the Allshare cast dongle from Samsung? Then you’re not alone! So far, many queries have been made on Reddit, Youtube, Quora, and several other resourceful platforms.

The question may even come in the form of “what is AllShare Cast dongle and do I need it?”.

Whichever is the case, there’s a very little resource out there to answer this query and that is why we have sought to broadly cover every area of the Samsung Allshare cast dongle and app for TV.

We’ve specifically outlined the basic topics related to this streaming service from Samsung in order to give you a deeper understanding of what the cast dongle entails.

Therefore, if you plan on getting a device of this nature to handle your multimedia needs and also give you an enhanced level of entertainment, then here’s what you need to know to get started.

What is Allshare Service?

Allshare service is a content streaming service that enables you to mirror or cast videos, photos, music, and other files between devices.

Allshare was created by Samsung, a South Korean Electronics company with the aim of enabling digital data to be shared across devices.

That being the case, the photos and movies on your Smartphone can be viewed on your Smart TV or HDTV. Think of it as the Amazon Fire TV which uses the Fire Stick to achieve the same purpose.

The devices supported by the Allshare include smartphones, TVs, Computers and even digital camera. As such, either of these devices with the Allshare feature can perform any of the following:

It is also worthy to note that whether you’re in the United States, Germany, or the United Kingdom, you can take advantage of the Samsung AllShare service to enhance your level of entertainment in your home, office, or school.

What is AllShare Cast dongle?

The Samsung Allshare cast dongle is a hardware device that enables you to use the Allshare service.

Here, you can mirror the screen of your phone to your TV’s screen just by connecting the device to your TV.

This connection between an HDTV and the cast dongle can be made possible using an HDMI (High Definition Multimedia Interface) cable which will then allow you to stream content from your phone to the Television without cables.

Once a connection has been established, the Samsung Allshare cast app preinstalled on Smartphones from this manufacturer can then be used to establish a connection between the pairing devices.

This means that without a Smart TV or HDTV, the app will not be able to serve its purpose. Moreover, if a Samsung Smart TV is used, then the Allshare cast dongle will not be needed.

That aside, the parts of the Allshare dongle are HDMI socket, power socket, reset button, and status indicator

In order to use the Samsung AllShare cast dongle on windows 10 or a lower variant of the OS, the software is required before files can be transferred to and from PCs.

The widely used version of this program is 2.1.0.12031_10 and so far, it has recorded 98% installation. What the installation process does, is to create an auto-start registry entry, background controller service, and a task scheduler.

Let’s take a quick look at what happens during each of these operations.

Upon installation, there will be a definition of an auto-start registry entry. As such, the app can be launched irrespective of which user has been logged into the account.

The next step is the addition of a background controller service. Its effect is to bring about an automatic launch of the software even though its launch can be delayed through the service manager.

In this case, the program will be added to the Windows Task Scheduler which will enable its launch based on the times specified.

Applications of the Allshare Cast Dongle

The basic application of the Allshare Cast Dongle is to screen mirror or smart view Samsung smartphones to a Television.

Various models of phones from this manufacturer come preinstalled with an Allshare app and some of these are Samsung Galaxy S7 edge, Galaxy S5, Galaxy Camera 2, Galaxy S3, S4, S5, Note 2, and Samsung Galaxy Note 3. With just a few setup processes, your phone can be paired to your TV wirelessly.

Likewise, the screen mirroring feature enables you to share the content on your phone’s screen to your TV.

It could be a music video, game, or even presentation and through a wireless connection, the content will be visible on your Samsung Smart TV or an HDTV. What this does, is to take advantage of the AllShare cast wireless hub.

Depending on the type of Television you’re using, then the method of Smart Viewing your phone to your TV may vary. However, the basic steps are quite similar and here’s what you should expect:

1. For a Samsung Smart TV, you don’t need the Allshare device because the service has already been configured to work with your smartphone and mirror its screen. As such, most of the work has been done for you. Thus, all you have to do to use the service is:

2. For an HDTV, you’ll need to use the AllShare Cast Wireless Hub or dongle and then manually configure it to work with your TV. The following steps will guide you through it.

If you’ve successfully completed these steps, then you should be able to connect your smartphone and other compatible devices to your HDTV thanks to the capabilities of the AllShare Cast device.

You can now proceed to pair your smartphone to the dongle either through the settings of your phone or quick connect method.

From your phone’s settings menu, do the following:

The Quick connect method as its name implies, seeks to grant you faster connections.

These methods can also be employed when connecting to a computer. In this case, the AllShare cast dongle can be connected to a power source using its travel adapter.

The indicator then begins to blink after 3 seconds which prepares the device for connection to a monitor using an HDMI A-to-A cable.

Whether on connection to a TV or monitor, screens with a resolution of at least 1080p are supported.

Also, keep in mind that if a headset is inserted into the smartphone while its video content is being streamed, a connection will be lost. Games, on the other hand, will still be active even if a Bluetooth headset is used.

How to Remove the Allcast Dongle App on Samsung

On smartphones like the Samsung S5, Allcast dongle app is automatically installed.

There has been a reported case of a user who wasn’t too comfortable with a preinstalled application that could read and access a person’s data.

Other complaints were that the app is always updating itself and draining too much battery power. If the same if your case, then we have outlined some steps that will allow you to remove the Allcast dongle app on Samsung.

One way to go about this is to force stop the operation of the app on your phone, but that’s only a temporary solution.

You can choose to freeze the app, block or disable it either directly from the phone’s settings or using a third-party application from Google Play store.

Alternatively, you can remove the app through a reset the phone and you may be prompted to choose which default apps you’ll like to keep on the phone.

Another way of deleting the AllShare app is to root your phone which is not really recommendable especially if it’s your first time.

Therefore, there is going to be a trade, do you want a permanent solution or a temporary one that is also safer, you decide.

READ MORE  Install these 5 apps on your smart phone and get paid in dollars.

Other than Samsung, other Android smartphones like the LG may be able to connect to a TV using a USB Dongle, SmartShare technology, or Miracast. Therefore, here’s how to mirror the LG phone screen to a TV.

With SmartShare technology, if you’re using an LG Smart TV, then you do not need an extra streaming device to beam your content. All you have to do is:

Other manufacturers of hardware have provided devices of this nature to ensure that you can either stream from an Android or iPhone smartphone, or a network app like Netflix.

Some examples of these devices are the Amazon Fire TV Stick, Roku, and Google Chromecast.

Each of these, will either enable the casting of content that is supported by a particular app or mirroring from any application that is on your device.

The Amazon Fire TV stick is a product of the American e-commerce platform, Amazon.

You can use the fire stick to mirror or cast from a computer, iPhone, or Android phone to play the songs in your music library on the Fire TV or HDTV. In the case of an iPhone, this streaming device can be used to transfer content over WiFi using the Airplay app receiver.

Therefore, you can mirror an iPhone to the Fire TV stick whose content will then be reflected on your TV.

Like the 3rd Gen fire stick, you can also stream a movie from phone to Chromecast. In the same vein, you can cast to watch movies on Youtube app and Netflix app through the capabilities of this device.

When it comes to Android phones and Tablet, they can serve as a remote control to your flat-screen TV, but a Chromecast plugin such as the ES File Explorer file manager app will have to be installed first.

Roku is another popular name given that you can carry out several operations through its aid, such as playing movies from your phone to the Roku and finally to your TV.

There’s even the capability of a Roku screen mirroring on Windows 10 or 8.1 which will enable you to replicate the content on your computer to a TV.

Unlike the other devices, Roku does not support mirroring from iPhone, iPad and generally, Apple devices.

Having known what the Allshare Cast Dongle is, its features, capabilities, and limitations, you should be able to decide if it’s a good choice to buy from a range of options out there.

Besides, you can choose between the Google Chromecast, Roku, or Firestick since each seeks to provide a high level of entertainment by allowing you to stream content from your Smartphone unto a larger screen without any interception in frequency.

If that’s what you look forward to, then you can check for one of these on Walmart, eBay, or Amazon.

Here’s a video you may find useful: